From a lost era of light entertainment comes this episode of an early 80s song and dance series, whose ensemble included Suzanne Lee, Richard Eriwata, Vicky Haughton and a pre-Shortland Street Maggie Harper. The cast pay tribute to the Harlem songs of Fats Waller and George Gershwin, while special guest Kim Hegan provides a sitar performance. The final segment takes songs including 'I'm a Woman', 'Bare Necessities' and 'Putting on the Ritz', and somewhat improbably blends them into an all new "mini-musical" featuring Tarzan, Jane and a Hollywood producer.

When we first decided to do it, we simply did not have the talent. But, with a tremendous amount of work, the talent has now emerged. Dancers who had never sung in their lives are now warbling in the manner born. Singers are hoofing it with the best of them. And everyone’s acting.
– Producer Graeme Hodgson in The Listener, 28 June 1980 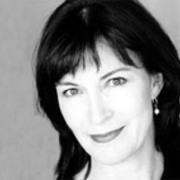 Kids entertainment show from the 1990s