The experiences some men have as children can hurt the way they relate to their own kids. They have to unlearn what their own parents taught them.
– Presenter Rena Owen on the generational pain caused by family violence 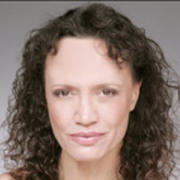 Iconic film referenced in this documentary

Sequel to Once Were Warriors

Rena Owen in a different role Documentary about support organisation for women Short documentary about life on the street