This Close Up All Blacks interview was broadcast from Christchurch Football Club, ahead of the opening test of the much anticipated 2005 tour by the British Lions. Mark Sainsbury is the MC, as coach Graham Henry, captain Tana Umaga, vice-captain Richie McCaw and young lock James Ryan talk pre-game rituals, mentors, half-time food and nicknames (McCaw is known as ‘Fluffy’?). Umaga would shortly make headlines for his part in a controversial tackle on Brian O’Driscoll, which ruled the Lions captain out for the rest of the series (won 3 - 0 by the All Blacks).

Every time I go to put it [the jersey] on I always have a look at the silver fern and get pretty excited about it.
– Richie McCaw Close Up was an award-winning current affairs...

Another interview with Tana Umaga Documentary on 1959 Lions tour to NZ

An earlier encounter with the Lions Where the reputation of the All Blacks was forged

Richie McCaw is interviewed on this episode

An interview with Richie McCaw Former All Blacks talk about fame 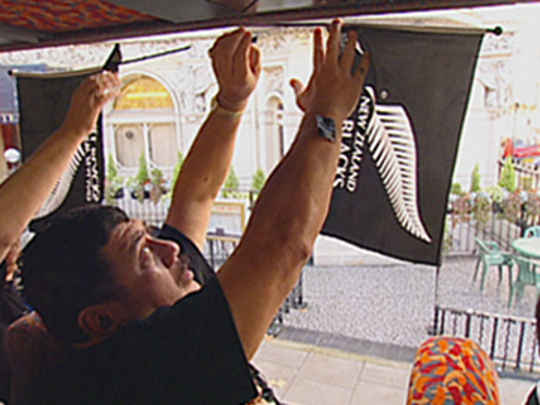