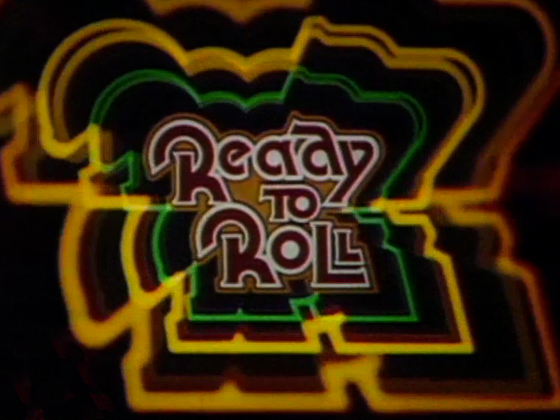 The opening sequence of music show Ready to Roll is imprinted on the eyes and ears of many Kiwi music fans. The show jumped directly from the opening graphics to a quick rundown of the week's top 20 singles. Here are two of RTR's beloved openings: the late 70s version is scored to 1974 Commmodores instrumental 'Machine Gun'. In the 80s, Peter Blake's synth number had taken over from funk, and the colours favoured electric neon. The graphics owed a debt to the arcade computer games that followed Space Invaders. The week's featured acts came next, then the countdown. The RTR titles feature in this music video The opening of another legendary NZ music show

A Ready to Roll special

More musical graphics from the 80s