Everyone wants a smooth vote on this ok?
– Manager Nicola (Rebecca Hobbs), to the staff 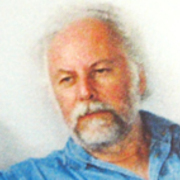 Soongs 'Sell It' and "I Wanna Be With You' sung by Bill Lake and Rick Bryant.
'Can't Get Enough' by Supergroove. More disharmony in the factory

Joel Tobeck also acted in this Rebecca Hobbs also starred in this Trailer for documentary about wealth inequality