Sons for the Return Home tells the story of a Romeo and Juliet romance between two students: Sione (Uelesi Petaia), a New Zealand-raised Samoan, and Sarah (Fiona Lindsay), a middle class palagi. Director Paul Maunder shifts between time and setting (London, Wellington, Samoa) in adapting Albert Wendt's landmark 1973 novel. Sons was the first feature film involving the Samoan experience in New Zealand — alongside themes of identity, racism and social and sexual consciousness. In this excerpt, Sione meets Sarah's parents, and his tin'a has him scrubbing their Newtown pavement before Sarah's visit.

Sons is often funny, often sharp in its insights, welcomely serious in intention and complex in its working out of a tangle of related questions — an important film.
– Listener reviewer Tom McWilliams, 3 November 1979 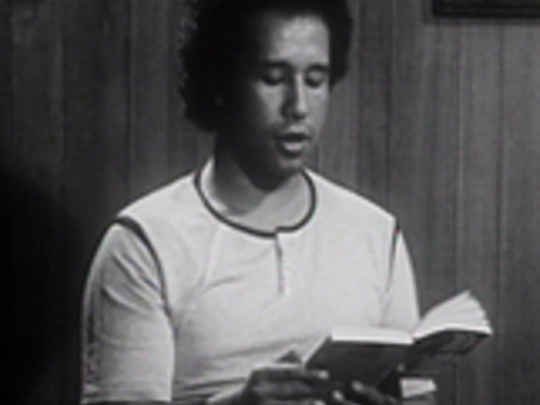 Albert Wendt talks about writing Sons For the Return Home Another movie based on a Albert Wendt story A documentary on author Albert Wendt

Another feature film featuring a Sione Documentary about the notorious dawn raids An early short from Paul Maunder