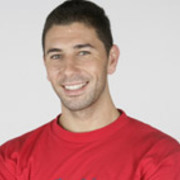 Xavier Horan is best known for Westside — thanks to multiple seasons playing Phineas O'Driscoll, the largest and slowest of a group of career robbers. Horan was nominated for NZ Screen Awards for two of his earliest acting turns: as a yuppie with no time for family, in Toa Fraser film No. 2, and South Auckland TV drama The Market. The ex boxer has gone on to play criminals (Tai Scott on Shortland Street, the gangleader in Alibi), fathers (family movie Kiwi Christmas), sportsman Sonny Bill Williams (in TV film The Kick), and various shades of fighter (te reo action movie The Dead Lands, urban drama The Last Saint.)

As Māori we have so much depth to our culture and they’re going to get a taste of what we have to offer, and I think they’ll enjoy that experience. Our reo is out there and mau rākau is out there … I think when everyone sees it our people will be happy and proud. Xavier Horan on The Dead Lands, in an interview with Mana magazine, 21 August 2014

Ghost in the Shell

TV3 series Outrageous Fortune had six memorable seasons. Award-winning prequel Westside takes the West family back to where it all began — to legendary safecracker Ted West (David de Lautour), and his fiery wife Rita (Antonia Prebble from Outrageous). Each episode of series one is set in a particular year of the 1970s. Season two moves to the 1981 Springbok Tour; the third, set in 1982, introduced a teen Cheryl West. Combining romance, crime and West family folklore with real life events, Westside was created by James Griffin and Rachel Lang, the duo behind the original.

A prequel to classic TV3 series Outrageous Fortune, Westside travels back in time to meet young Rita (Antonia Prebble), Ted (David de Lautour) and their son Wolf West, on the make in West Auckland. This first episode opens with Ted leaving Mt Eden prison, then sets him on a safe-cracking plot that is aided by the 1974 Commonwealth Games. Prebble played Loretta West in Outrageous, and first took on the role of Rita in flashbacks from season four. Devised by Outrageous creators James Griffin and Rachel Lang, Westside won acclaim: "all the hallmarks of a classic", said Stuff.

Action movie The Dead Lands joins the short list of screen tales set in Aotearoa, before the pākehā. James Rolleston (star of Boy) plays Hongi, the son of a Māori chief. After the massacre of his tribe, Hongi sets out into the forbidden Dead Lands, hoping to enlist the help of a legendary warrior (Lawrence Makoare). The Anglo-Kiwi co-production marked new screen territory for director Toa Fraser (No. 2) and writer Glenn Standring (fantasy Perfect Creature). After debuting at the 2014 Toronto Film Festival, The Dead Lands topped the Kiwi box office and won three Moa awards. Atamira - When Sun and Moon Collide Shot in modern-day North Canterbury, Netherwood is the kind of back country thriller in which few of the locals can be trusted. Black-hatted drifter Stanley Harris (one time Shortland Street surgeon Owen Black) arrives in a small South Island town, and finds himself facing off against the local bully (Will Hall), the local beauty (Miriama Smith) and the local land baron (Peter McCauley). The behind the scenes documentary follows Hall and Black on a 20-stop 'Rural Roadshow', as they tour the finished low budget feature around the country.

This offbeat father and son feature was written by Scotsman Alan Sharp, and mostly filmed in the UK by a Fijian-Brit Kiwi. Lawrence of Arabia legend Peter O'Toole plays a stiff upper lip Englishman whose frosty relationship with his son warms after hearing an extraordinary tale of reincarnation from Reverend Dean Spanley (Sam Neill). Based on an Edward Plunkett novella, Toa Fraser's second feature won praise for its cast, and mix of comedy and poignancy, "intertwined to the last" (The Age). Spanley won a host of Qantas awards; GQ rated it their film of the year. Ride with the Devil - Episode Two Ride with the Devil - First Episode