Nelson-born Gus Roxburgh, who works in Los Angeles for the media arm of Red Bull, has carved a career by combining his love of the outdoors and his passion for filmmaking.  As comfortable in front of the camera as he is behind it, Roxburgh has made films in some of the world’s most dangerous places — from New Zealand’s Southern Alps to the streets of South Los Angeles. After appearing briefly in The Piano at age three, Rose McIver went on to star in big budget fantasy series Maddigan’s Quest while still a teen. Since then she has played one of the passengers in true life train disaster tale Tangiwai - A Love Story, and completed a five season run in American series iZombie, starring as a crime-solving zombie. She is set to co-star in Kiwi movie musical Daffodils. 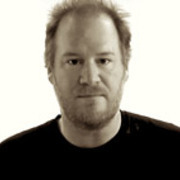 Ant Timpson’s longtime love affair with movies — especially the wild and 'incredibly strange' end of the spectrum  — has seen him launch long-running film festivals and New Zealand's biggest filmmaking contest, 48 Hours. He has been part of the producing team on a run of features, from Housebound to The ABCs of Death. In 2019 Timpson directed thriller Come to Daddy, starring Elijah Wood.