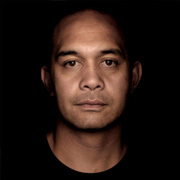 Actor Matariki Whatarau has appeared on screens both big (co-starring as reggae musician Tau, in road movie The Pā Boys) and small (Go Girls). In 2015 he began playing a metrosexual Māori accountant out of touch with his culture, in acclaimed TV comedy Find Me a Māori Bride. He went on to portray Exponents bassist Dave Gent in TV movie Why Does Love? The award-winning theatre actor (I, George Nepia) trained at drama school Toi Whakaari. Also a singer, Whatarau has made screen appearances as part of The Modern Māori Quartet, including co-hosting TV's My Party Song. He presented 2015's My Reggae Song.

In a career spanning four decades, director/producer Colin McRae has worked in news and current affairs, made documentaries and spent time as TV3’s Head of Sport. He conceived and produced award-winning series The New Zealand Wars. An association with Māori Television has seen him produce Native Affairs for six years, and play a leading role in its Anzac Day and election coverage.