Part one of three from episode three, series one.

Part two of three from episode three, series one.

Part three of three from episode three, series one.

A local sitcom that doesn't suck.
– The Listener 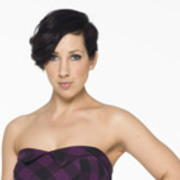 As: Shane the Personal Trainer Sami voices a character in this web series

NZ Story episode on Helena McAlpine, who acts in this