Director Roger Donaldson's 1977 movie of CK Stead novel Smith's Dream helped spark a new wave of Kiwi cinema. Getting there was a cash-strapped, bare knuckle ride. In this documentary cast and crew recall a communal film set that was "constantly on the go" as they pulled together drama, car chases and gun battles using mainly ingenuity. The film was a launching pad for Donaldson, Ian Mune and actor Sam Neill, who admits he was a lot like his role of "novice" Smith. The trio revisit Coromandel locations with effects man Geoff Murphy, and swap memories of luck, near misses, and political heat.

Roger came from the school of "if you want it done properly, do it yourself" so consequently he was a bloody nuisance as a director because he would do everybody's jobs for them.
– Ian Mune describes Roger Donaldson on the set of Sleeping Dogs 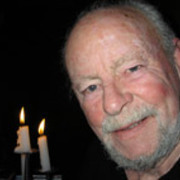 Making of film, from the time of Sleeping Dogs' release

More on the 1970s era of Kiwi fimmaking

Another key movie in the Kiwi movie renaissance