Each episode of this TVNZ show takes a well-known Kiwi and invites them to introduce their neighbourhood. In this episode Lukasz Buda (aka Luke Buda from band The Phoenix Foundation) showcases the people who make up the central Wellington suburb of Te Aro. Holocaust survivor Clare Galambos Winter talks about finding a home in Wellington after World War II. Also interviewed are Bari Chin, then running breakdancing group Juvenate, Armenian screenprinting artist George Hajian, and Tee Phee and Keith Cheah, founders of Wellington restaurant Little Penang.

Part of my family, my mother's cousin, decided that they are going to go emigrate as far away as it is possible and it was exactly the same with me. If it would have been something on the South Pole I would have gone to the South Pole, just to go away from the horrors.
– Auschwitz survivor Clare Galambos Winter Another Wellington suburb profiled for the show Film on the birth of Te Aro Park (aka Pigeon Park) 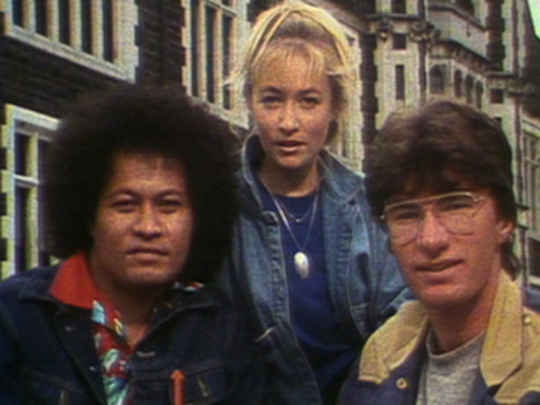 Luke Buda plays in this band Another episode of Neighbourhood Jewish people talk about the Jewish community in NZ