By the 2000s New Zealanders were on average taller and heavier than at any stage in the country's history. This 2004 documentary looks at our changing body shape, from our genetic makeup to the impact society and the economy has on food and lifestyle choices. Historians Dr Paul Tapsell and Tipene O'Regan discuss the genetic legacy of Polynesian peoples, and the effects of intermarriage with smaller European settlers. Ex All Black Colin Meads sums up his 1950s attitude to diet as "red meat". Singer/ broadcaster Joe Cotton talks about female body image and the pressure she was under to slim down in her TrueBliss days.

It does seem to me that as a species we're not very good at coping with new luxuries and it doesn't matter whether it's a car or carpets or cellphones, these things are new and we grab them and we vastly overuse them...I don't think yet we've some to terms with having plenty to eat.
– Historian Tony Simpson on the human inability to enjoy things in moderation 1973 documentary about Kiwis and their weight 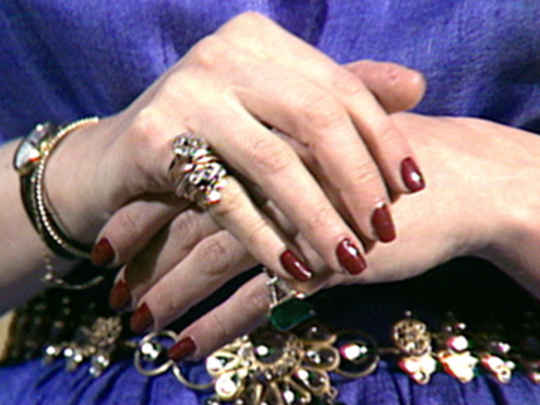 1970s tutorial on how to look your best

An example of the 'ideal' female body from the 1980s A programme about eating disorders Documentary on the 1980s All Black team An outsider's view of New Zealanders Documentary on All Black Colin Meads