That opening 13 minutes, before frivolous ads broke the spell, were as unsettling and explosive as anything I've seen ... a terrific piece of television production and a part of this community and country's history which had to be told respectfully and honestly. And it has been.
– Hawke's Bay Today reviewer Roger Morony on Siege, 18 June 2012 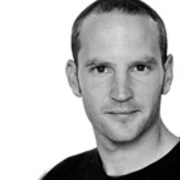 Another shooting drama based on a true story

Mark Mitchinson also starred in this Mark Mitchinson reported the news in this series Another telemovie written by John Banas