Documentary about someone taking direct action to save...

A real life waterway under threat 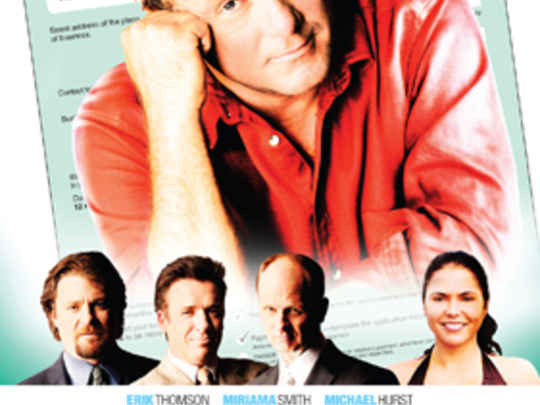 Film about a real life battle with bureaucracy Another TV blurring of fact and fiction

Another journey into government bureaucracy Peter Fyfe played the fictitious fisherman from a fictitious town trying to find out why the fish have died in a fictitious river. Everything else that happens in this film is real. Having no idea where the idea would take us, we set out with Peter to see who in public service or Government would deal with such a problem.

The film was not scripted, it evolved in real time as we were shunted and referred from one office to another. Passed from hand to hand.

When the film was screened on television, there was an uproar from the public service participants who felt they were being made fun of and wanted to sue the production company Pacific Films.

The film was referred to the politicians and a a projector was set up in cabinet so they could judge for themselves. Muldoon reportedly roared with laughter, and enjoyed the idea that the nameless backroom civil servants should be put on the mat. The complaints were dropped.