This Town is a quirky comedy awash with well-known Kiwi actors. Director David White ends up on-screen, in-between calling the shots on his acclaimed first fictional feature. White plays Sean, who gets caught up in romance and suspicion in a small town, where an obsessed ex-cop turned petting zoo owner (Robyn Malcolm) is convinced Sean should be in jail for murder. The cast also includes Rima Te Wiata, Jim Moriarty, Loren Taylor and newcomer Alice May Connolly. This Town was shot on White's home turf of Hawke's Bay. White has previously directed mostly documentaries (Meat, I Kill).

She's bonkers, completely her own woman, very serious, obsessed, bull-headed and so much fun.
– Actor Robyn Malcolm on Pam, her character in This Town 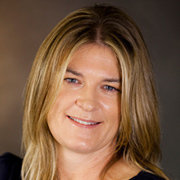 Robyn Malcolm starred in this Trailer for a David White-directed documentary More 'is this a good idea?' romance A documentary on the 1931 Hawke's Bay Earthquake