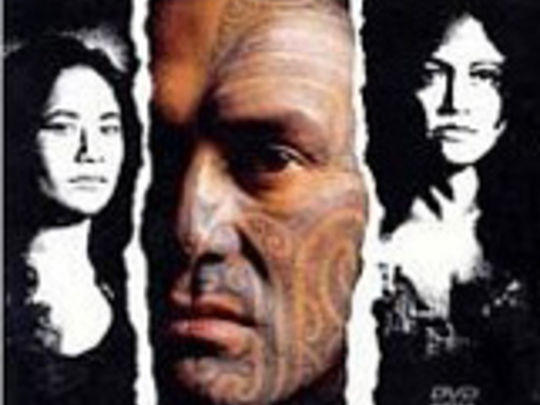 From Haka to Heke, to Hollywood

How do you define a star? Someone once put it this way: when you watch a star in action, you want to be them — or be with them. I suspect that for many New Zealanders, Temuera Morrison fits the bill.

He can sing and play guitar (showing us along the way that Jake the Muss can love, as well as punch). He knows his kapa haka (the nail-biting climax of Tracker). He can ride a horse (Crooked Earth). Despite a certain tough guy role that is seared into many memories, there is something of the charming, old-fashioned movie star about Temuera Morrison. And on reality show The Life and Times of Temuera Morrison, he reveals a winning ability to laugh about his failings.

Performing runs in the Morrison whānau. Tem’s uncle was the legendary Howard Morrison, and his father Laurie sang in Morrison's quartet. Tem’s kapa haka skills would see him touring overseas. And acting entered the picture early.

Tem was roughly 11 when Michael Forlong spotted him performing for tourists. The director offered him the lead role in 1973 adventure Rangi’s Catch. Forlong got his junior cast to concentrate on the action — chasing criminals through photogenic scenery — and on being themselves. Tem was better at horse-riding than remembering his dialogue.

A decade later, Morrison was cast in TV show Mortimer’s Patch, as a Rastafarian street kid who radiated “smouldering menace”. His only line of dialogue: “Honky. Smooth honky. Nasty”. Parts began dribbling in, including a co-starring role on offbeat TV drama Seekers, as a Māori real estate agent brought up by Pākehā parents.

By the late 80s, screen work had begun taking over. In 1988 he played a Māori warrior in Anglo-NZ TV series Adventurer, and his kapa haka skills were seen in Haka (go 11 minutes in). The same year he starred in big screen romp Never Say Die as a journalist on the run, after director Geoff Murphy was won over by the self-deprecating quality of his screen test.

Most of these early roles traded on Morrison’s looks and swagger. In 1992, soap Shortland Street began serving it up five nights a week. Playing idealistic Doctor Ropata, he found enduring fame thanks to a line of dialogue he didn't even get to say: “you're not in Guatemala now, Doctor Ropata”. Ordered to the office of Shortland Street producer Caterina De Nave, Morrison worried that Guatemala was his next destination. Instead she gave him a simple command: “Keep smouldering”. Come close-up time, Morrison imagined smoke coming out of his ears.

So begins the most extraordinary part of Morrison’s career. The skinny soap star was cast to play brutish brawler Jake Heke, in the movie of Alan Duff’s novel Once Were Warriors. "I was the big gamble", Morrison said later. He wasn't the only one worrying. The NZ Film Commission were unsure if a movie about a violent marriage between two hard-drinking Māori — directed by a man best known for commercials — was a wise idea.

Morrison added nine kilograms, transforming into Jake the Muss. The result was a film that many still find hard to get out of their heads. Morrison and on-screen wife Rena Owen are a big part of the reason why. Wrote American critic Roger Ebert: “you don’t often see acting like this in the movies”. The Seattle Journal felt Morrison was “as elemental, charismatic and brutal as the young Marlon Brando”. The Melbourne Age's Neil Jillett couldn't think of another performance “boiling with such psychological and physical menace." Morrison was more modest, arguing that the intensity of Owen's performance meant lifting his game. “It’s Beth’s story. My role in it was to provide the misery."

Morrison’s portrayal of Jake the Muss proved so effective, and viewer empathy for his family so strong, a sequel felt like a tough challenge. How do you redeem a character who appears so irredeemable? What Becomes of the Broken Hearted? pulls it off. Morrison does some of the best work yet, as Jake starts to glimpse a world beyond his anger. Only the finale proves a let down. Morrison was right to feel uncomfortable that Jake’s redemption story finishes with a fight.

Crooked Earth hit cinemas in 2001, after a number of rewrites. The storyline dramatises differing approaches to Māori land rights, through two brothers: a drug dealing rebel who leads an occupation of contested land, and an ex-soldier who has seen enough confrontation already. Keen on the “fiery radical” role, Morrison ended up playing the less showy part, as the straight-talking hero. Which he certainly does. The film ably melds issues and action until the final stretch, when events begin to strain credibility.

Jake the Muss took Morrison far: including playing an army of cloned warriors in Star Wars: Attack of the Clones, and joining Marlon Brando on the ill-fated Island of Dr. Moreau (Morrison’s autobiography offers pages of hilarious Moreau stories; he also admits he would have been eligible for more parts if he had learnt “a decent American accent”).

In recent years, Morrison has been mixing it up. He has hosted talk shows, variety shows (Happy Hour) and featured in his own reality series. He was a charismatic Māori warrior in Vincent Ward’s overly-maligned River Queen. He enlivened a thinly-written role as an overbearing Dad in hit Mt Zion, and was a cannibalistic academic in comedy Fresh Meat.

In 2010's Tracker, he got one of his biggest roles to date. Playing a framed man on the run, opposite Brit Ray Winstone — as the tracker who catches him — Morrison's character is cajoling, courageous and long-suffering. The publicity was all about the action and scenery; but this is a character study, with one victim seeing himself reflected in the other.

New film Mahana circles back to Once Were Warriors, which helped launch Temuera Morrison all those years ago. Again director Lee Tamahori is behind the camera. Morrison plays another larger-than-life patriarch — although with less punching this time. Early reviews have described his character as “a forceful presence”.

Ian Pryor is editor of NZ On Screen.