This 2002 Touchdown series followed rangers working for the Department of Conservation and Ministry of Fisheries. The series covered work with threatened species — ranging from kākāpō, kiwi and native lizard recovery programmes, to Hector’s dolphin in marine reserves. Other episodes included management of Abel Tasman National Park, and mountain rescue work at Aoraki/Mount Cook. Ten 30 minute episodes screened on TV One. According to the Department of Conservation's annual report for 2002, the series attracted high ratings and received excellent reviews. 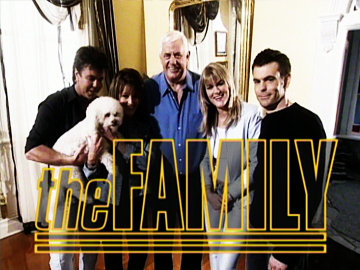 In 2002 American reality show The Osbournes became a global hit. The following year The Family provided Aotearoa with its own reality TV whānau: The Rippins. The show chronicled the lives of matriarch Denise, her second husband (property developer Pat) and her adult children Scott, Maria, Matthew and Victoria. Made by Visionary Productions, the TV3 show won headlines for the family’s cashed-up lifestyle. It made a Stuff 2016 list of New Zealand's worst reality shows. Pat Rippin was declared bankrupt in 2008; he was later convicted of hiding assets during the process. Kicking off in July 2002, Flipside set out to make news accessible to a youth audience. The TV2 show was pitched as a positive alternative to traditional news programmes on TV One and TV3, by mixing coverage of music, culture and fashion with harder news.  Text and email feedback from viewers was featured on-screen. Recognising the internet's growth as an information source, the show's "two-screen" approach included a Flipside website, which was part of TVNZ's Nzoom site. Presenters over Flipside's three-year run included Mike Puru, Sonia Gray and Evie Ashton.