"Mean Māori mean!". Māori Television’s long-running sports show gained a cult following for its Aotearoa casual take on the sporting week. In this 10th episode from the penultimate season, American bodybuilders Steve Cook and Amanda Latona Kuclo, and giant Chiefs prop Ben Tameifuna are welcomed to the couch by hosts Jenny-May Clarkson, Glen Osborne and Liam Messam. There’s a pose down, Konrad Hurrell launches his own slot, and Messam takes an ice challenge; plus tennis tikanga, rock’n’roll dancing with Osborne, and prizes for reo: "what is the Māori word for fitness?". 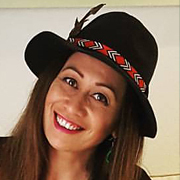 League off the field from 1990 A panel show from an earlier era of NZ TV Liam Messam appears on this A documentary about Māori and Pacific Islanders in sport