They played me this song 'Nature', out of about half a dozen. I said 'that's the one' and I remember Wayne Mason saying 'don't be daft. That's never going to be a hit'.
– Music producer Peter Dawkins on hearing The Fourmyula's 1969 chart topper 'Nature' for the first time (near the end of this episode)

...The Chicks were the act that everyone's mum wanted to take home — you know, Susie and Judy didn't come across as sex bombs. Whereas Sandy was...promoted sexually. No, she added some class and some downright good sex to the look of the show...
– Larry's Rebels Singer Larry Morris, on C'Mon singer Sandy Edmonds (19 minutes in)

Being on that show was big time and I mean, I think it was Kevan Moore the producer at the time...just basically had a selection of stuff he wanted done ... there was just no question of us going up and saying to them 'hey we want to do one of ours'.
– Musician Wayne Mason on who chose the songs for 60s TV show C'Mon

You can't imagine what it was like in Upper Hutt. It was 600 miles away from Wellington — it felt like that. I remember going to town in '65, I think, was the first time I went to town, and we'd signed up with an agency in Wellington who booked us work. We thought that was like a trip to America...
– Musician Wayne Mason on Wellington feeling like the big smoke compared to nearby Upper Hutt

'Saint Paul' by Shane was [Peter] Dawkins' first number one in New Zealand. A song written by Grand Funk Railroad manager Terry Knight that cashed in on rumours about the death of Paul McCartney, it stayed at number one for six weeks during mid 1969. Dawkins regarded it as a 4-track masterpiece: "The amount of recording we were able to capture with a 4-track was nothing short of miraculous. It was seeded with Beatles songs and the public loved it."
– AudioCulture writer Gordon Spittle on song 'Saint Paul', in a profile of producer Peter Dawkins, 14 May 2014

If you want to ask for a word to describe the early feeling of rock n' roll for me, it's actually the word 'joy' I reckon. It's like the exuberant joy of the music: that absolute exhilaration, excitement of it.
– Musician Wayne Mason on the way rock music changed his generation, at the start of this episode

You'd just soak it up and especially New Zealand, every time you go to a party there's a Māori boy that can play the arse off anyone ... playing the guitar, and you get it and it's got number eight wire for strings on it just about, and he's making it sound like a million bucks...
– Kevin Borich from band The La De Das, on the quantity of local musical talent in the 1960s

We didn't realise what a sensation we were causing until we went out to perform. I did a gig in Mataura in the South Island, and I flew down there and I walked out on the stage and that's all I can remember, cause the kids mobbed me. I got knocked out and I got taken to hospital. And that was my first gig and that's all I can remember — literally being knocked out because the kids just went beserk...
– Bogdan Kominowski (Lee Grant) on his first gig for a C'Mon tour

I think for about three years we had a local record in the top ten at all times, which was pretty good.
– Legendary music producer Peter Dawkins

Kids in New Zealand had never had local kids on television. They'd looked to America and England — Elvis and Cliff Richard if you like — and then for the first time ever, this programme 'C'Mon' came on the scene, and they could relate to the kids that were on-screen — i.e. me and Sandy Edmonds and Herma Keil, and all the people that were involved in it.
– Bogdan Kominowski (aka Mr Lee Grant) on how C'Mon helped create the first homegrown TV pop stars

Hi swingers! It's been a long week but you're back on C'Mon, so lose your blues and get with the go go. For the next 30 minutes it's a happening scene on your TV screen and here's what we mean...
– Host Peter Sinclair opens an episode of beloved music show C'Mon

We weren't writers. That's a very important part of New Zealand pop: when it started in the 60s, we weren't songwriters. We were 14 and 15-year-old kids, and we were doing other people's songs.
– Larry Morris from band Larry's Rebels on the lack of songwriting experience among 1960s Kiwi musicians

Christchurch being the straight, gothic little town that it is, it produces this feeling in the young that they've got to adopt this posture of rebellion and subversiveness and wanting to explore something wild and uninhibited and passionate, you know. Because those are words you don't normally associate with Christchurch.
– Mike Rudd from band Chants R&B, on why lowdown rock n' roll appealed to Christchurch youth

Those five principals were on every week. And you get 26 shows with the same people on every week, people don't forget them ... Kevan [Moore] was building them up so that when the C'Mon show went on tour, he had a guaranteed audience.
– C'Mon drummer Bruce King on the star-making power of 60s TV show C'Mon and its producer Kevan Moore

... if you had to put a thing on New Zealand songs, it's they have this bent quality about them. They're not so straight-ahead, and I think that eccentricity in our writing is a major part of New Zealand music...
– Musician Wayne Mason, at the close of this episode 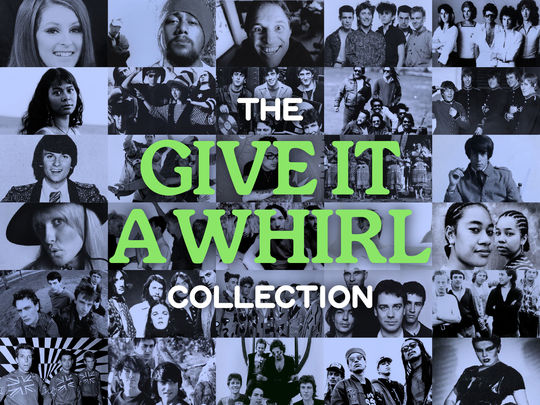