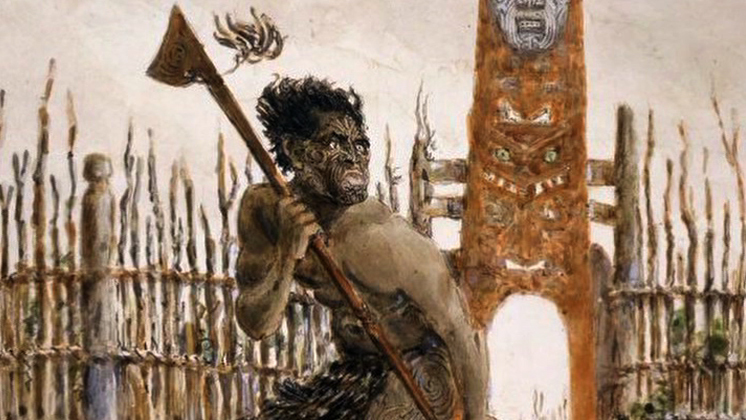 This sixth episode of Mike King's exploration of the original journey of the Treaty travels to Tauranga, where the comedian finds tales of murder, cannibalism, inter-tribal conflict — and a missing Treaty sheet. King’s whodunit asks why some people signed and why some were so against it, notably Hõri Kīngi Tūpaea. The Tauranga sheet includes 20 signatures from Ngāi Te Rangi and only one chief from Ngāti Pukenga. King also discovers an unlikely twist: an unused Treaty sheet has ended up with the (then-French-aligned) Catholic Church for safekeeping.

Nine sheets, 541 signatures and one founding document that continues to define our country.
– Presenter Mike King Then and now drama about the treaty