The first of five short excerpts from this programme.

The second of five short excerpts from this programme.

The third of five short excerpts from this programme.

The fourth of five short excerpts from this programme.

The fifth of five short excerpts from this programme.

Play School was an iconic educational programme for preschoolers, which screened for nearly two decades from 1972. Based on a BBC format that is still produced in many countries around the world, Play School had a distinctive title sequence, "Here's a house. Here's a door.  Windows 1 - 2 - 3 - 4..." Many years later this opening sequence is still recognised by several generations of New Zealanders.

The Play School format included songs, a story, craft, a calendar, a clock and a look outside Play School via the shaped windows. But the toys Big Ted, Little Ted, Jemima, Humpty and Manu were the real stars of the show. The actual toys used in filming were later given to Te Papa Tongarewa (Museum of New Zealand) for safe-keeping. Apart from Little Ted, who is a little the worse for wear after his head was blown off in an explosion on the last day of filming.

The series was originally produced in Auckland (filmed in AKTV-2's Shortland Street studios). The first presenters were Janet Milne and Warwick Slyfield, who were later joined by Ray Woolf, Val Lamond, Campbell Hegan and others. It was directed and produced by a veteran from the original UK series, David Istance.

From Easter 1975 the production shifted to Dunedin, which was a centre for children's programme-making in the 1970s and 1980s. Spot On, X Marks the Spot and Wild Track were also made in the south around this time. Play School was recorded in the Garrison Hall on Dowling Street, which was to become the home of The Go Show many years later.

Play School launched the performance careers of some well known New Zealand actors including Rawiri Paratene and Count Homogenized, Russell Smith. Other presenters such as Kristen Gillespie and Jayashree Panjabi went on to careers in television production. One former presenter, Jacqui Dean (nee Hay) went on to become a Member of Parliament for the National Party.

The presenters were almost all professional actors, as they were required to memorise and perform 2 and a half hours of script per week (these were the days before auto-cues).

Presenters were put in male-female pairs, as the producers thought it important that children to see adults working together as a team. Presenters were cast, according to former producer Lorraine Isaacs, with the view that "they could be everybody's Mum and everybody's Dad". One of the key skills presenters were required to learn was not to condescend to the camera.

Play School screened at first on the NZBC (where it screened twice a week); then later on Television One, where it was screened twice each weekday (in the morning and again in the early afternoon).

The Play School format is still produced in Australia, with New Zealand actor Jay Laga'aia having done over a decade as one of its presenters. Māori Television also commissioned a Māori language version of Play School in the early 2000s. Play School was an iconic educational... 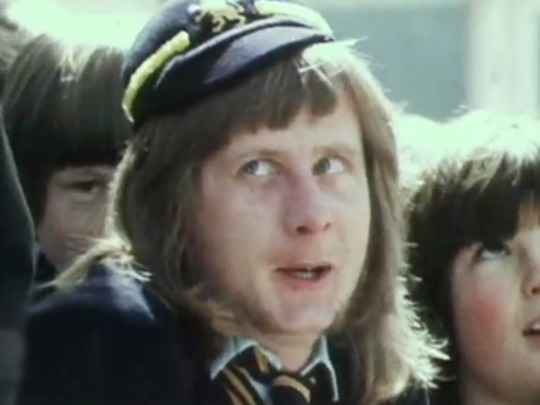 Another programme for pre-schoolers