Part one of three from this full length episode (for viewers within New Zealand).

Part two of three from this full length episode (for viewers within New Zealand).

Part three of three from this full length episode (for viewers within New Zealand).

Iconic serial drama Shortland Street is based around the births, deaths and marriages of the staff, family and patients of the eponymous hospital. This 1994 cliffhanger episode, written by Rachel Lang, features the wedding between receptionist Kirsty (Angela Dotchin) and muffin man Lionel (John Leigh). But will hunky Stuart be able to deny his love for Kirsty? Countless familiar characters appear; and three actors who have since launched Hollywood careers — Temuera Morrison, Martin Henderson, and Marton Csokas — as Dr Ropata, Stuart Neilson, and Leonard Dodds respectively. 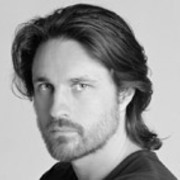 This episode includes tracks 'What I Would Give' by Stephen Bell-Booth and 'Best Friend' by E.Z. Money.