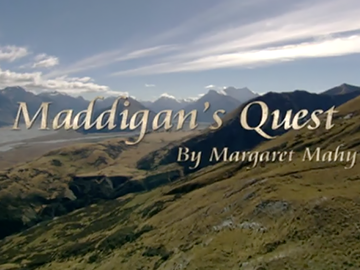 This children's post-apocalyptic fantasy series follows a circus troupe, Maddigan's Fantasia on their quest to save the world's only remaining city, Solis. The show was created by children's writer Margaret Mahy, developed for television by writers Gavin Strawhan and Rachel Lang for South Pacific Pictures, who produced the 13 x 30min series for TV3. Award-winning and successfully exported, it marked a debut lead performance from Rose McIver (future Tinker Bell in US TV show Once Upon a Time) acting with Michael Hurst, Peter Daube, Tim Balme and Danielle Cormack.