A Thousand Apologies is a fast-paced series of comic sketches by and about Asian New Zealanders. In this first episode, common cliches and racial tropes ( bad Asian driver, nerdy Chinese student) are sharply mocked. The writers sprinkle in some quick sight gags between longer sketches. Tarun Mohanbhai and Rajeev Varma team up as posessive Hindu parents trying to orchestrate the perfect arranged marriage; and Scribe's 2003 hip hop hit 'Not Many' is transformed into a celebration of Asian 'nerd styles', including shout-outs to "North Takapuna" and "West Henderson".

Earlier this year, working with Great Southern TV, they shot for six weeks, filming 143 sketches with 288 characters in 60 locations.
– Writer Trevor Agnew, in an article on A Thousand Apologies, The Press, April 2012 'Not Many If Any' composed by Scribe and P-Money, and performed by Jody Christians 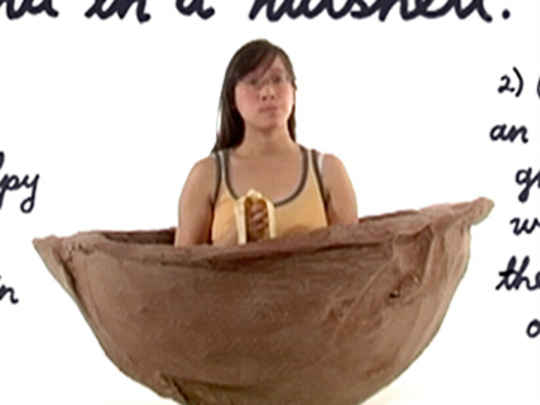 Writer/director Roseanne Liang features in this Documentary about being an ethnic New Zealander

Rajeev Varma stars in this short History of the Indian Kiwi community in Pukekohe