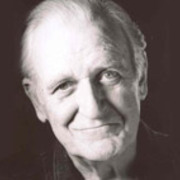 Mike King has spent his life cracking people up, although it hasn't always been easy to laugh himself. Starting out in stand-up, he began a long TV career as a comedian, chat show host, reality star and presenter of the acclaimed Lost in Translation. From the face of NZ Pork to animal rights activist, from addict to suicide prevention campaigner, King's progression has been nothing if not eclectic. Alma Woods, MBE, founded Howick Little Theatre in 1954, soon after sailing from London. Occasional screen roles punctuated a long love affair with theatre. In the 60s she acted in two Pacific Films productions, then won a legion of fans voicing puppet mouse Willie McNab for TV's Chicaboom and Chic Chat. Her dramatic chops came to the fore in tele-films Hanlon: In Search of Minnie Deans and Mother Tongue. She died on 24 October 2005.