This notorious film looks at '70s bikie culture, focusing on Auckland's Hells Angels (the first Angels chapter outside of California). These not-so-easy riders — with sideburns and swastikas and fuelled by pies and beer — rev up the Triumphs, defend the creed, beat up students, cruise on the Interislander, provoke civic censure, and attend the Hastings Blossom Festival. After a funeral, Aotearoa's sons of anarchy head back on the highway. Bikies was banned by the NZBC — possibly due to the public urination, lane-crossing, chauvinism and pig's head activity. 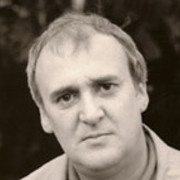 Another gangster takes the ferry

Another 70s documentary about belonging to a club

More monkeying around on bikes

A short about a reformed gangster

Hell's Angels feature in this documentary